Eric Roth is one of the most interesting screenwriters working in Hollywood today. He won an Academy Award® for Forrest Gump and has written two films directed by Michael Mann  The Insider, starring Russell Crowe and Al Pacino, and Ali, starring Will Smith. He also co-wrote the Academy Award®-nominated screenplay for Steven Spielbergs Munich and adapted The Horse Whisperer for director Robert Redford. Now, after 12 long years, one of his most personal projects, The Good Shepherd, has finally come to the screen

Q. This has been long-term project, with some big names attached as director over the years

Eric Roth: Well, when I finished Forrest Gump I had a little cache and they asked me what Id like to do, rather than telling me what to do. I had been interested in the idea of doing something about the CIA. Id always been interested in how that kind of work can affect you emotionally, in your life and family. So I checked with my agent to see who might be interested in directing something like that, and we found out that Francis Ford Coppola was interested. He was interested in adapting this very well written book about the CIA. So I asked if I could go and see him; wed met a couple of times. I told him the idea I had and he liked it very much.

Q. So what happened after you spoke to Coppola?

ER: He and his producing partner took it to Columbia Pictures and Francis told me to go and write it. Id check in with Francis every once in a while, and then when I finished he loved the script. But then Francis had some tragic personal problems in his life, and in fact he never directed a movie again for along, long time. We then had Wayne Wang come on as director. He wanted to make the movie but then the management at the studio switched and they changed their mind about him.

Q. And what time period was this?

ER: Well it was 12 years ago that I stared, so lets say this was two years after, so 10 years ago. Then Phil Kauffman was a director that they liked, and we worked together for a while. Then the management changed again, and he wasnt the director for them so eventually John Frankenheimer wanted to do it. Frankenheimer had made a movie with Robert De Niro, Ronin. Bob and John were friendly and John asked Bob to play a part in my screenplay, The Good Shepherd.

Q. Was it the same part De Niro ended up playing in the movie?

ER: Im not sure it was, I think it was another part. But in any case, John wanted Bob in the movie, but when we were preparing to make the movie, John passed away. 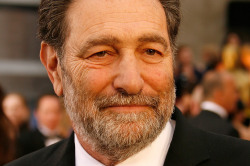 From The Pen Of Eric Roth 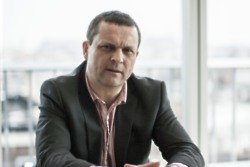 Back From The Dead: How To Create A Ghost Aircraft 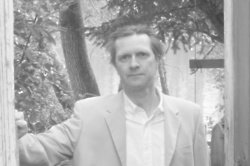 A Quick Guide to Rural Noir by Mark Sennen