Win a copy of critically-acclaimed drama Deceit on DVD

IN 1992 a young-woman, Rachel Nickell, was tragically murdered on Wimbledon Common, while out walking with her two-year old son. A passer-by found the distressed little boy clinging to his mother and many lives were destroyed… not only by the brutal killing, but by the subsequent media frenzy that lead to one of the most controversial and catastrophic police investigations of its time.

Now a brand-new four-part, true-crime drama, Deceit looks at the fallout from the shocking killing of the vivacious 23-year-old at the start of her adult life, and the ensuing investigation. Following its transmission on Channel 4, the gripping new series is set to arrive on digital from 4 September and on DVD 20 September 2021 courtesy of Acorn Media.

When BBC Crimewatch aired, witnesses identified a man often seen walking his dogs on the Common… that man was Colin Stagg. Lacking forensic evidence to link him to the crime, the Metropolitan police – pressured by the media outrage, and their obsession with justice – are determined to catch the guilty man before he kills again, and so, devise a plan to ensnare him...

Written and produced by Emilia di Girolamo (Law & Order UK) this captivating and challenging drama shows the female perspective and explores the historic treatment of women.

For your chance to win one of three copies of Deceit on DVD, simply fill in your details below and answer the following question:

When does Deceit come to DVD? 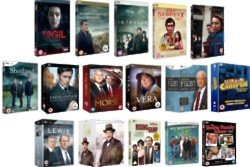 Win the ultimate bundle of TV series from ITV Studios, including Vigil, Bodyguard and more! 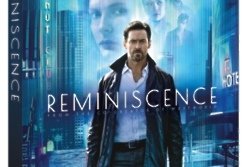 Win a copy of Reminiscence starring Hugh Jackman on Blu-ray 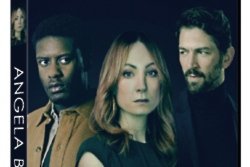 All cats are psychopaths due to wild heritage