You're just one question away from your shot at winning!

With the WWE Universe back in full force, this is the biggest SummerSlam in almost 30 years! There are over 51,000 fans packed into the Allegiant Stadium in Las Vegas!

It’s a spectacular show in the ring, too. John Cena returns from his Hollywood duties on The Sucide Squad for another kind of blockbuster – a main event against the Universal Champion Roman Reigns! Can Cena end Reigns’ dominance? Or will Cena be forced to acknowledge ‘The Tribal Chief’?

It’s one of the greatest main events in SummerSlam history, with an extra twist – a surprise return from Brock Lesnar! It’s Lesnar’s first WWE appearance in more than a year, and “The Beast” looks set to shake the very foundations of WWE!

That's not the only surprise, as Becky Lynch returns to challenge SmackDown Women’s Champion Bianca Belair. What will happen when “The Man” comes face-to-face with “The EST”?

Fans of the Attitude Era are in for a Brood-style treat when Edge channels his former self in a match against Seth Rollins. The action and atmosphere sizzle as these icons from different eras lock up!

Elsewhere, Goldberg warns WWE Champion Bobby Lashley “You’re next!” as the legendary Goldberg tries to capture the championship that’s always eluded him. The collision between these hugely powerful Superstars is true fantasy warfare!

For your chance to win a copy of the show on Blu-ray, simply fill out your details below and answer the following question...

Which of these stars made their return at WWE SummerSlam 2021? 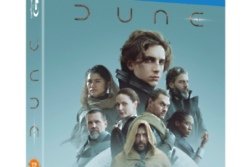 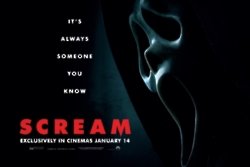 Katie Price sees a UFO and captures it on...