(Caution: This review contains spoilers and details of the ride, do not read on if you want the ride to remain a surprise!)

Having visited Alton Towers yesterday, I was surprised to find that they had a new ride Nemesis Sub-Terra, an extension of Nemesis, which was introduced into the park in 1994. Having been a huge fan of the original ride I was very interested to find out what the new addition had to offer.

I was expecting a large queue, given the natural fascination with new rides at the park. However, after an hour and a half queue, which included a fire drill in the first stages of the attraction; I wanted to be wowed by this ‘psychologically and physically thrilling’ introduction that the pamphlet promised.

The ride begins by standing on dots on the floor, waiting outside an entrance to a lift. We are told on the monitor before we enter that there are several eggs from the alien Nemesis that have been recovered and that we are able to view one of the eggs that has been kept in secure conditions.

You enter a room that has chairs edging the walls and in the centre is an egg on a plinth. Naturally, the lights go out and we are told that the egg has hatched and the alien has escaped.

The lights come back on to reveal the egg open and when they go back out, you experience a small drop into a cavern full of the un-hatched eggs.

The lights go out again and your legs are tickled with tentacles and you are poked in the back by the alien as well as small puffs of wet air in your face to give the impression you are being breathed on. When the lights come back on you are told you have 30 seconds to evacuate or you will be trapped inside with the alien.

As everyone rushes to get out, your imagination admittedly goes into overkill and you try and get out there as fast as you can. This was so authentic that one of the party I was with elbowed someone on the face to escape. I think he was getting into the role far too much!

You are bundled into another lift, where you are bustled about as the alien attacks the shaft and tries to break in. As the door opens you are hurried along a hallway full of actors dressed as guards (the Phalanx) with gas masks on who spring out at you at every twist and turn in the corridor.

The actors are very effective in building up the premise of this experience, as they walked through the crowds of eager customers, playing the part convincingly to alleviate waiting times. They certainly provide a few scares in the ride itself too.

However, the long wait, the fire drill and the build-up made me expect far more from this ride than it offered. It was too reminiscent of the films Alien and therefore lacked originality. The evacuation from the main room was good at jeering up the crowd and made you look over your shoulder once or twice.

The hallway has all of the scares and is synonymous with that of the halls in a haunted house feature, as you were unsure of what was around each corner. It did offer a milder alternative to the original ride, if you are visiting with small children or you find the first Nemesis a bit too fast or rough for your taste.

Overall, I would defiantly not spend my time waiting for this ride for a second instalment. I am glad that I have experienced it as there was a lot of anticipation around going on something I had not before.

I am well aware that most of you would not also experience a fire drill to delay your ride further but this added more negativity to our already disgruntled group. Compared to many of the other rides at Alton Towers this offers one of the mildest scares and thrills.

I accept that it is marketed as a psychological ride, which it does live up to, more so than the physical aspect of the experience.

Those who are afraid of the free-fall rides (as I am) should not be put off going on this attraction. I would urge you to try it but don’t hold your hopes too high! 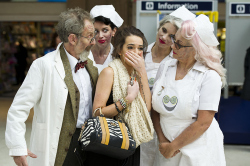 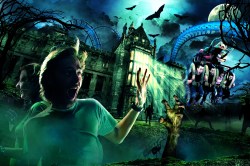 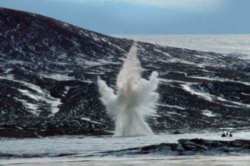