The Albany, working in partnership with Southwark Council, is delighted to announce the first programme of events for the Canada Water Culture Space at Canada Water Library.

Audiences will have the opportunity to enjoy an exciting mix of theatre, music, dance, comedy, live literature and community events at the new 150 seat Culture Space.

During 2010 Mark decided to go rambling in the Middle East and walked the entire length of the Israeli Separation Barrier, crossing between the Israeli and the Palestinian side. This is the story of 300,000 settlers, a 750 km wall, six arrests, one stoning, too much humus and one simple question...

Can you ever get away from it all with a good walk? Come and hear Mark read from his book and talk about his extreme rambling experiences. Followed by book signing.

Friday 18 May, 7.30pm doors Mari Wilson Mari Wilson first arrived on the scene in the early eighties with her skyscraper beehive hairdo, bizarre sense of fashion and fully choreographed twelve piece band. In 1982 Mari’s records began entering the charts and she soon had six hit singles, the biggest being Just What I’ve Always Wanted and Cry Me A River, both taken from her album Showpeople.

Since the mid-eighties Mari has changed direction with a more intimate show. With regular appearances at venues such as Ronnie Scotts, The South Bank Centre and festivals alongside legends such as BB King and Ray Charles, Mari has continued to build her reputation as a great live performer.

Wednesday 23 May, 7.30pm Two Gents Productions presents Kupenga Kwa Hamlet In the twilight of a pre-colonial Zimbabwe, a world of unyielding beliefs and ritual, where the afterlife and the present co-exist we find two young men.

The first Hamlet, a tribal prince, caught between madness and reason as he returns to find his father murdered, his mother incoherent and a new dangerous chief in charge.

The other, Leartes, falls victim to the new ruler as he must revenge the death of his father and sister. What danger is lurking in the wings of this small kingdom? As the corpses mount, who will bury who?

Two actors, two props and the convergence of two cultures are all it takes to create an urgent, poetic and spiritual reimagining of the rarely seen First Quarto of Shakespeare’s classic.

Saturday 16 June, 7.30pm John Hegley: the Adventure of Monsieur Robinet Tales about a Frenchman with some unusual (but clean) habits, which include burying his dog’s kennel and his own luggage pieces.

These stories appear alongside other new works, which include an address to aliens on the subject of transport, a poem about a non-talking parrot and some animal impersonations with the aid of a handkerchief. Suitable for most people over seven. The audience is invited to sing along. But not to dance. Much.

John Hegley is known as a poet and singer with a common and comedic touch, hence the quotation from The Observer, ‘Awesomely mundane’.

‘Typically brilliant songs and stories about a Gallic small-town hero with a dog called Chirac.’ The Guardian

Saturday 30 June, 7.30pm doors Tristan Mackay Join rising Singer-songwriter Tristan Mackey as part of his first UK tour with performances from his debut album ‘Out Along the Wire’, released to critical acclaim in 2010 and number one in the iTunes Blues charts in the UK and Australia.

Witty, touching and heartfelt, Tristan’s songs have shades of Springsteen, Dylan and John Mayer mixed with James Morrison style vocals. Blending soulful blues guitar and a unique talent, Tristan is the name to look out for this year.

Tickets for all events can be booked via the Albany Box Office on 020 8692 4446 or booked online by visiting www.thealbany.org.uk 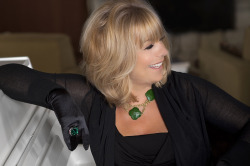 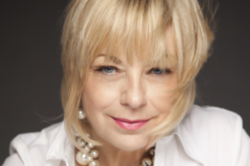 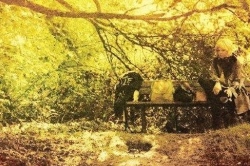