Is The World Set to End?

Get ticking off the things you haven’t yet done on your bucket list, because if some avid followers of the Mayan Calendar are to be believed, the end of the world is imminent, with our final day being December 21!

Ok, it’s probably not, but according to some who have taken a look at the Mayan Calendar, the fact that the current calendar ends on this date means that it is the end of the world as we know it. However, experts oppose this view and say it is simply marking the end of this calendar, and the beginning of a New Year altogether.

There have been many apocalyptic scares in the past, so we’ve decided to take a look back at some of those we’ve managed to survive so far!

Over 100 years ago came the prediction that the Earth would be smothered with a deadly toxic gas as the planet passed through the tail of Halley’s Comet. The New York Times gave a front page telling all of the threat, sending the States into frenzy, but experts were quick to dispel the rumours of impending doom.

We shoot forward to the 90s, when alien movies were all the rage and the possibility of an alien spacecraft following the comet Hale-Bopp towards Earth seemed all the more realistic. So realistic in fact that a cult based in San Diego named Heaven’s Gate declared the world was going to end. Fortunately, no spacecraft ever landed, but 39 members of the cult took their own lives on March 26 1997, in fear of the possibility.

The writings of Michel de Nostrdame can be interpreted in numerous ways, but one of the most famous translated lines reads “The year 1999, seventh month / From the sky will come great king of terror.” This caused some devotees of Nostradamus to come to the conclusion that this meant the end was nigh, but luckily it turned out to be an incorrect interpretation!

With the start of a fresh millennium came another scare, and this time computers were to blame!  Some lived in fear that with the start of a new thousand years, computers wouldn’t be able to deal with the change in dates. Nobody quite knew what would actually happen, but many prepared themselves to live in a bunker in order to escape the annihilation! Overall, there were actually very few glitches when it came to seeing in the New Year.

Labelled the most expensive experiment in history, the Large Hadron Collider was turned on for the first time Wednesday September 10 2008, when scientists hoped to find the ‘God Particle’. Earlier this year, the experiment proved to be a success when the particle was found, but some were wary of the initial switch on of the machine, as they believed it may have brought about a large black hole which would consume the entire planet!

Hopefully, we’ll all still be sat here as cheerful as ever when December 21 does eventually come around, especially as we’ll be just a few days away from Christmas, but on the off chance we’re not, it’s been a good run, and we’ll see you on the other side! 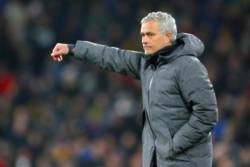 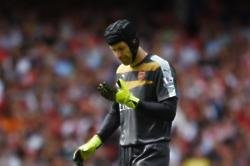