Hair To Tour The UK

The international smash hit production of Hair, fresh from sell-out European arena tours, arrives in the UK for the very first time.

Its 1960 New York and a group of people come together to fight for peace, love and freedom. Capturing the mood and movement of the times, Hair is the original rock musical and has one of the most thrilling soundtracks ever written, featuring classic songs such as Aquarius, Let the Sunshine in and the infectious title track Hair.

Fresh from his critically acclaimed appearance as Marius in Les Miserables in the West End and on tour, Gareth Gates takes on the role of Claude in this production.

He captured the nation’s heart in 2002 when he was a Pop Idol finalist and since then he’s gone on to sell a staggering 3.5m records worldwide and has appeared in musical productions including
Joseph and the Amazing Technicolor Dreamcoat.

Directed and choreographed by Gary Lloyd, the award-winning director of the huge West End hit Thriller Live, as well as 20th Century Boy - The Story of Marc Bolan and  X Factor to name a few, Hair remains an unforgettable groundbreaking spectacular for all generations - don’t miss it! 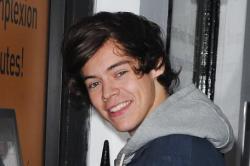 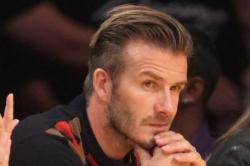 David Beckham has most copied hairstyle

Gareth Gates Only Sees His Daughter Once a Week