There’s only one thing better than a classic, and that’s one made to shine in the modern day. Just like a digitally re-mastered Beatles CD or a restored painting, this 50th anniversary edition finally brings Breakfast at Tiffany’s to Blu-ray.

Breakfast at Tiffany’s follows Paul Varjack, a struggling writer moving into a New York apartment block, only to stumble upon his new neighbour Holly Golightly. Holly’s a breath of fresh air, a sexy sophisticated socialite on the hunt for a rich husband. Holly and Paul strike up a bond immediately, but after discovering she’s more than she seems to the outside world, romance blooms between the two.

The most striking thing is how well Breakfast at Tiffany’s holds up half a century after its release. A film full of attractive youngsters having fun, complicated relationships with damaged people, Breakfast at Tiffany’s wouldn’t look out of place at your local multiplex. The glorious, decadent colours of this Blu-ray nearly seal the deal completely. All apart from one thing, Mickey Rooney’s horribly outdated landlord Mr Yunioshi.

His ‘yellow-face’ performance is a terrible relic of World War Two propaganda and would have felt uncomfortable back in 1961, let alone now. Apart from that one (if very big) blip however, Breakfast at Tiffany’s is a whole bunch of fun.

The breezy pacing, light tone and overall positivity of the film make this the perfect antidote for both the blues and those ‘mean-reds’ Holly suffers from. Holly’s the high point of this picture too, a loveable, multi-layered and nuanced character played to perfection by Audrey Hepburn.

Hepburn lights up the screen in her iconic performance, seeming to make any real downsides of the film simply flow away. To think that she always thought herself slightly miscast beggar’s belief. While George Peppard does a great job as author Paul, he just can’t keep up with Hepburn’s brilliance.

This 50th anniversary Blu-ray edition brings more than just the film though, with some outstanding extras. These include a fantastically self critical and candid reflection on Yunioshi, as well as a look into the style of Audrey Hepburn over the years and a re-union party for some of the cast.

Along with crystal clear picture and sound that yet again make this film look right up to date, this must be the ultimate version of Breakfast at Tiffany’s.

Effortlessly cool, funny and charming, Breakfast at Tiffany’s is a must for any film fans collection. Now on this stunning Blu-ray, it’s a fitting tribute for the late Hepburn and director Blake Edwards and gives you absolutely no excuse to not own this classic.

Breakfast At Tiffany's Blu-Ray is out now

tagged in Breakfast At Tiffany's 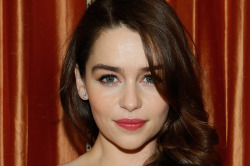 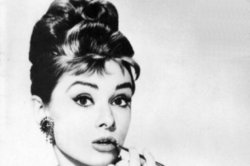 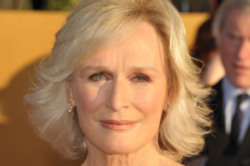 Actresses Overlooked At The Oscars