From the producer of The Hurt Locker and the director of American History X comes Detachment, a uniquely compelling and intelligent drama available on Blu-ray & DVD from 28th January 2013, courtesy of Koch Media.

In director Tony Kaye's Detachment, Academy Award winner Adrien Brody (The Pianist, Midnight in Paris) stars as Henry Barthes, an educator with a true talent to connect with his students.

Yet Henry has chosen to bury his gift. By spending his days as a substitute teacher, he avoids any emotional connections by never staying anywhere long enough to form an attachment to either students or colleagues.

In finding an unlikely emotional connection to the students, teachers, and a runaway teen he takes in from the streets (played by newcomer Sami Gayle), Henry realises that he's not alone in his life and death struggle to find beauty in a seemingly vicious and loveless world.

Fascinating, hypnotic and powerful, become absorbed by Detachment when it’s released on Blu-ray and DVD this January. 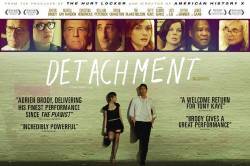 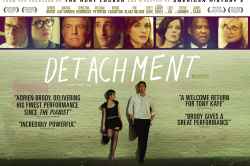