See BC Rome like never before as the epic 7-time Emmy® Award winning drama Rome The Complete Collection debuts on Blu-ray from HBO Home Entertainment on 16 November.

This phenomenal Blu-ray box set contains all 22 episodes of both seasons of the awe-inspiring drama on 10 discs packed with special features that is also perfect for Christmas wish lists.

This intriguing, multiple award-winning drama with a star-studded cast is all the more visually stunning on Blu-ray with its captivating blend of history, action, sex and drama. Viewers will experience the battles, bravery, betrayal and brutality of ancient Rome in enhanced surround sound and HD picture for the first time.

This historically authentic drama on Blu-ray brings to life in vivid detail the vibrant colours of the temples, statues and streets as well as graffiti and signage taken directly from the ruins of Pompeii, Herculaneum and Ostia Antica.

The outstanding battle sequences can be experienced in greater depth in high definition taking viewers to the centre of the authentically staged Roman military battles.

The all-star British and American cast includes Kevin McKidd (Greys Anatomy, Kingdom of Heaven), James Purefoy (Vanity Fair, The Philanthropist), Lindsay Duncan (Traffik, Margaret), Tobias Menzies (Casino Royale) and Ray Stevenson (King Arthur, Punisher: War Zone) and Polly Walker (State Of Play) who was nominated for a Golden Globe® for her role as Atia of the Julii. With expansive special features, including some exclusive to Blu-ray, ROME can finally be explored in greater detail than ever before.

A smash that captivated 4 million viewers when originally broadcast on the BBC and over 400,000 units sold to date on DVD, ROME is a strong piece of cinematic television making it an essential Blu-ray. 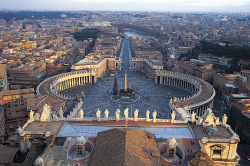 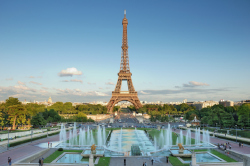 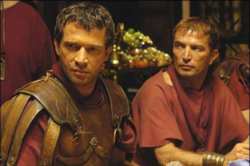