Delight once again in the happiest sound in the world as Twentieth Century Fox Home Entertainment celebrate the 40th Anniversary of Rodgers & Hammerstein's The Sound Of Music with the release of both a one-disc Sing-Along Edition DVD (£14.99) and a two-disc 40th Anniversary Collector's Edition DVD (£22.99)! Released to buy on 28th November 2005, both versions of the DVD contain karaoke-style sing-along subtitles, and the two-disc version is also packed with brand-new special features created to celebrate 40 years of the most popular family film of all time! The Sound Of Music Sing-Along Edition DVD (one-disc) offers the fully restored original theatrical feature with a brand new interactive 'sing-along' function allowing families to watch, listen and sing-along to some of the world's best-loved songs, including 'My Favourite Things', 'Edelweiss' and 'Do-Re-Mi', all with glowing subtitles and a specially created lyric booklet! The Sound Of Music 40th Anniversary Collector's Edition DVD (two-disc) sees Julie Andrews host a look back at the phenomenon of the musical including hours of brand new documentary material especially created for this milestone year. Viewers are taken from the Hollywood Hills to the Austrian Alps and along the way will get to hear the fascinating story behind THE SOUND OF MUSIC; drop in on a warm hearted chat between Andrews and Plummer; travel back to Salzburg with Charmian Carr (Liesl) to revisit the movie's locales; join all seven of the children in a boisterous family reunion; and even tag along to an unforgettable "sing-a-long" Sound of Music at the Hollywood Bowl!

Winner of five Academy Awards®, including Best Picture, The Sound Of Music was directed by Robert Wise (West Side Story), and was based on the true story of the Von Trapp Family Singers. A magical film to be treasured, The Sound Of Music is an enchanting experience that continues to captivate with each viewing.

Academy Award® winner Julie Andrews (Mary Poppins, The Princess Diaries) lights up the screen as Maria, the spirited young woman who leaves an Austrian convent to become a governess to the seven children of Captain Von Trapp (Christopher Plummer; A Beautiful Mind, National Treasure), a widower whose strict household rules leave no room for music or merriment. As none of the previous governesses have lasted long, the Captain is counting on Maria to keep his children well-behaved and out of his way…

Don't miss out on this timeless classic that every family should share on DVD!

Find out what your favourite things are!

tagged in The Sound Of Music 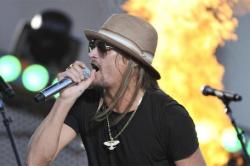 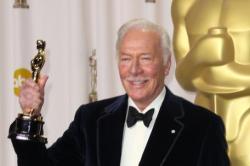