Reports from Ireland have disclosed that the musician Adam Clayton is footloose and fancy free again after breaking up with his partner Suzanne Smith.The U2 bass player, who was once engaged to supermodel Naomi Campbell, ended his eight-year romance with Canadian Smith last month, almost a year after the couple became engaged on St Valentine's Day, 2006.But the couple kept the split private until recently. Friends claim the couple separated "amicably" and hope to remain friends. Smith, a London-based record company executive, met Clayton when she worked as an assistant to U2 manager Paul McGuiness. 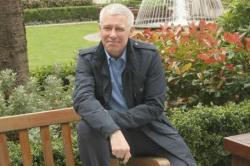