Amy Adams was forced to contend with severe weather and wild animals while staging a play in New York City's Central Park this summer.

I've learned a whole new level of sweat that I never thought I would achieve. It's like I'm in a steam room every night. I try to treat it like the spa

The Fighter star has been performing popular musical Into the Woods at the Delacorte Theatre since the beginning of the month, and Adams admits working the outdoor venue has presented a unique set of challenges for the cast.

She tells U.S. late night host David Letterman, "I was singing a song in some lightning the other day. That made me a little nervous".

In addition, the Big Apple experienced one of the hottest summers on record, and the 38-year-old mum reveals the extreme heat took some getting used to.

She continues, "I've learned a whole new level of sweat that I never thought I would achieve. It's like I'm in a steam room every night. I try to treat it like the spa".

And Adams, who recruited urban animals like rats and roaches to do her housework as a Disney princess in 2007 film Enchanted, jokes a number of small animals even found their way onto the stage.

She adds, "I have summoned a lot of wildlife, they actually make fun of me because of Enchanted because raccoons and rats seem to come on stage a lot when I'm singing. I haven't seen the rats, but the raccoons I've come in very close contact with.

"They surprised me, once I was reaching for a prop, and there I was face-to-face (with a raccoon)... We did have people think that it was part of the show at one point, but it's not".

However, despite a constant string of surprises, Adams, who will take her final bow on Saturday, insists she has thoroughly enjoyed the experience "I'm gonna miss the people a lot, it's just an amazing cast". 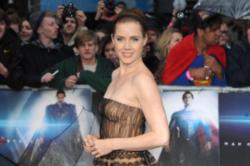 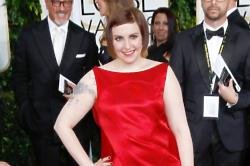 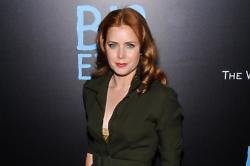 Amy Adams: Lois Lane Is on a New Journey