Anthony Michael Hall's ex-girlfriend has stepped in to defend the actor after he was accused of attacking a former lover last month (Nov09) - insisting the Brat Pack star is "absolutely not violent".

It saddens me to the core

Diana Falzone, who dated Hall for a year, filed papers against The Breakfast Club star on 10 November (09) alleging he attempted to kick down her apartment door.

She was subsequently granted a temporary restraining order against him.

Hall refuted the claims, branding his ex's story "erroneous," but a detailed police report obtained by the New York Post revealed he allegedly "pushed, shoved and spit at" Falzone during the incident.

Actress Sandy Guerard, who lived with Hall for five years, is shocked by the allegations - and she's adamant the star could not have committed such an act.

She tells the newspaper's PageSix gossip column, "He has one of the biggest hearts of anyone I know. He is absolutely not violent. These allegations would be laughable if it were not such a serious issue. Never in over 10 years has this man ever been violent to me. I will stand by him, along with his family, 100 per cent. It saddens me to the core". 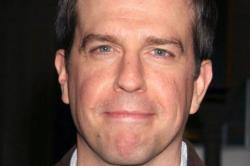 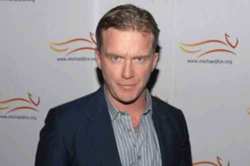