The Christine Brinkley/Peter Cook saga has taken another twist, with the model trying and failing to secure a restraining order against her ex-husband. The Model Filed Paperwork On Wednesday, Seeking To Bar Peter Cook From Seeing The Couple's Two Children. The Documents Landed Just Two Days Before Cook Was Scheduled To Appear On U.S. News Show 20/20, Where He Discusses The Former Couple's Break-Up And Messy Public Divorce Battle.Brinkley Hit Out At Cook On Wednesday, Accusing Him Of Breaching The Confidentiality Agreement Included In Their Divorce Settlement By Taping The Segment.On Thursday, A Long Island, New York Judge Ruled That Cook Can Maintain Access To Jack, 13, And Sailor, 10. Cook's Attorney James Winkler Says, "The Judge Denied Her (Brinkley) Request To Suspend Visitation. Mr. Cook Did Agree To Take The Children Out Of The Area On A Little Trip This Weekend And That He Would Not Expose The Children To That Interview, Which He Had No Intention Of Doing Anyway."But Brinkley's Lawyer Robert Stephan Cohen Reveals The Kids Are Not Permitted To Watch Their Dad Appear On The Show, 20/20, On Friday.A Statement From Cohen Reads, "The Court Order Mandates That Since Peter Cook Has The Children This Weekend, His Parenting Has To Be Away From His Home And He Can't Expose Them To The 20/20 Broadcast. Christie Brinkley's Sole Concern Is To Protect Her Children."
STUMBLE SHARE SHARE TWEET PIN 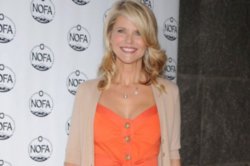 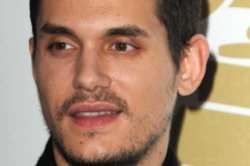