Actor Matthew Fox was charged with driving under the influence (DUI) on Wednesday (09May12) following his arrest last Friday (04May12), according to reports.

The Lost star, 45, was reportedly on his way to grab a late night snackwhen he was busted by cops in his home state of Oregon after 3am.

He was taken into custody and released later that day, but he has now been charged with two misdemeanours - driving under the influence and driving without a licence, reports People.com.

Fox's arraignment is scheduled for 7 June (12). 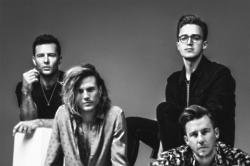