Anna Nicole Smith's ex Larry Birkhead gave their six-year-old daughter permission to model like her mum because it's the only connection she has to the tragic star.

Dannielynn recently shot a series of adverts for the kids collection of Guess, the same clothing firm that launched the busty blonde's career 20 years ago, and images from the campaign were released this week (begs26Nov12).

The pictures led gossips to worry the tot will end up like her troubled mother if she follows in the same career path, but now Birkhead has assured fans Dannielynn, who was just five months old when Anne Nicole died of an accidental overdose in 2007, is just trying to forge a posthumous relationship with the parent she never got to know. 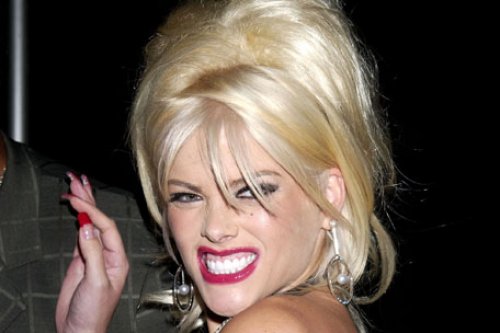 He tells U.S. breakfast show Good Morning America, "Dannielynn has always looked up to her mum's image and said that her mum's an angel, and I think this is kind of Dannielynn's way of paying tribute to her mum in her own special way. To see her mum's picture next to hers as a Guess girl and say, 'Hey, I was a Guess kids girl and my mum was a Guess girl' - that might be her only connection with her mum".

And her dad insists the modelling stint was just a one-time gig "My goal for her is to be a child and just do what all kids do". 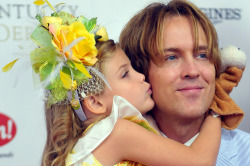 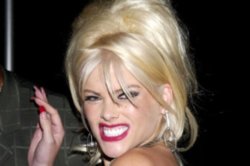 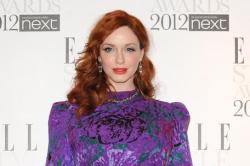