Ryan O'Neal's troubled son Griffin was reprimanded by prosecutors on Friday (13Jan12) for checking into rehab instead of attending a scheduled court date the day before (12Jan12).

The reality TV star appeared a day late in a San Diego courtroom after a $100,000 bench warrant was issued for his arrest for failing to appear at his official sentencing for a 2011 DUI and gun possession arrest.

The 47 year old, who was arrested on New Year's Eve (31Dec11) on a misdemeanour domestic violence charge, reportedly left jail just before he was due to appear in court for sentencing - and he went to rehab instead of the courthouse.

Griffin O'Neal has already pleaded guilty to the DUI and gun possessioncharges, after he veered into oncoming traffic while high on drugs and hit a van in August (11).

His attorney apologized to the court for the day delay, and the judge overseeing the case agreed to continue sentencing until 3 February (12), so O'Neal could complete his self-imposed rehab stint. 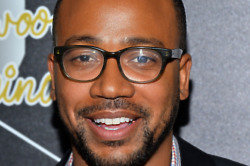 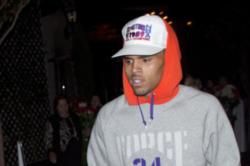