Schoolgirl stage show Matilda The Musical is top of the class at the 2012Olivier Awards, landing 10 nominations.

They will be up against Kat Fleetwood, Sarah Lancashire and Scarlett Strallen.

Featuring songs by funnyman Tim Minchin, Matilda the Musical, which focuses on a schoolgirl who has magic powers, has been a huge hit after opening in London's West End last year (12), and will head to Broadway in 2013.

The nominations for the Olivier theater awards, which celebrate the best of the year's British stage shows, were announced on Thursday (15Mar12).

The award ceremony takes place on 15 April at London's Royal Opera House, and will be hosted by Michael Ball and Imelda Staunton. 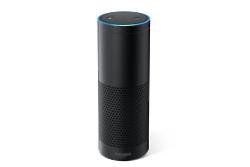