Winona Ryder has confirmed rumours Tim Burton is looking into bringing his ghoulish creation Beetlejuice back to the big screen.

I'm trying to think about how that would work

The kooky director's 1988 comedy horror was a commercial hit when it was released, and speculation of a sequel has swirled ever since.

The film's stars Michael Keaton and Geena Davis have urged Burton to start work on a follow-up, and he revealed he would consider taking on the project if the script was good enough.

Now Ryder has hinted plans are being put in place by revealing she's set to meet up with her Edward Scissorhands collaborator to discuss the potential movie.

She tells reporters at the Toronto International Film Festival, "I heard (about the sequel) from journalists, that's how I found out, but I'm seeing Tim next week, and I will let you know. "I'm trying to think about how that would work.

Obviously I'm not (the focal point), it's got to be Michael (Keaton). 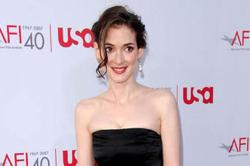