Angelina Jolie Will Not Tighten Security After Brad Pitt Prank 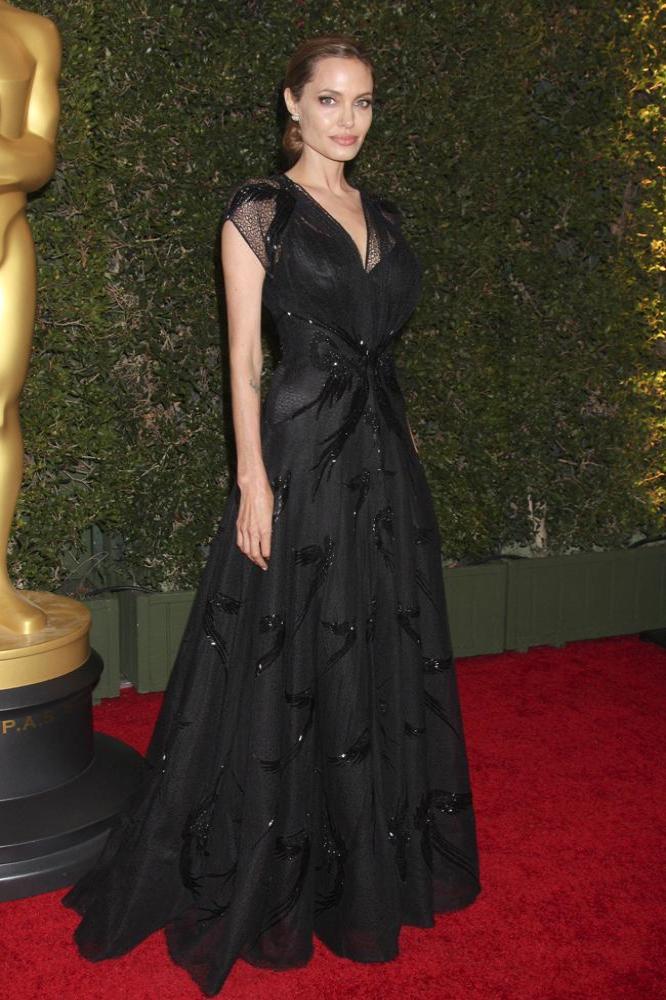 Angelina Jolie is refusing to increase her security after her fiance Brad Pitt was accosted on the red carpet by a prankster last week (ends01Jun14).

People like that are an exception to the rule

Ukrainian journalist Vitalii Sediuk was arrested after he scrambled over a security barrier at the Los Angeles premiere of Jolie's new film Maleficent and appeared to swipe Pitt in the face.

However, the Oscar winner is adamant she will not bring in more bodyguards in the aftermath of the frightening incident.

She tells the Associated Press, "People like that are an exception to the rule. Most fans are just wonderful. We've had a wonderful experience over the years, and we're very grateful for their support, and it will not change the way we behave".

Pitt has also echoed his fiancee's sentiment in a statement, which reads, "I don't mind an exhibitionist, but if this guy keeps it up he's going to spoil it for the fans who have waited up all night for an autograph or a selfie, because it will make people more wary to approach a crowd".

A judge has banned the serial prankster from attending any future Hollywood events as part of his sentence for charges of battery and unlawful activity at a sporting event, theatrical or exhibition, stemming from the incident with Pitt.

The 25 year old has previously been slapped by Will Smith, hugged Leonardo DiCaprio's crotch, climbed underneath America Ferrera's dress, and was arrested at the 2013 Grammy Awards for attempting to grab Adele's prize from presenter Jennifer Lopez.