Moviemaker Guillermo Del Toro appears to be creating a troupe of British actors after confirming reports Benedict Cumberbatch and Charlie Hunnam will be appearing in multiple movies.

The actor told WENN, He's a sweetheart to work with

The director developed a great friendship with Hunnam while making his new action film Pacific Rim and invited him to join the cast of Crimson Peak, and now it seems he has done the same with Cumberbatch after directing the Star Trek Into Darkness actor in the upcoming horror movie.

Del Toro tells Britain's Daily Telegraph, "I am hoping to direct Cumberbatch again in a new film version of Frankenstein".

The Brit previously appeared in Danny Boyle's 2011 stage production of Frankenstein, in which he and Jonny Lee Miller alternated roles of Victor Frankenstein and the Monster.

Just last week (ends05Jul13), Hunnam told WENN that he had struck up a close friendship with the Mexican moviemaker on the set of Pacific Rim after he missed out on role in Del Toro's 2008 Hellboy sequel The Golden Army.

The actor told WENN, "He's a sweetheart to work with. He offered me one of the leads in his next movie (Crimson Peak) so it's developing into a long-standing relationship with a director (to) work with him over and over again. He's certainly expressed a desire for me to be in all his English language movies from now on. He said to me at the end of Pacific Rim, 'Ah, you're in, my friend.'" 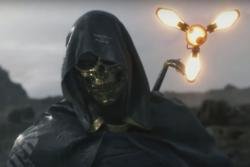 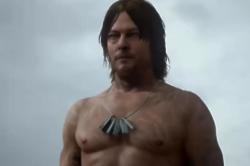