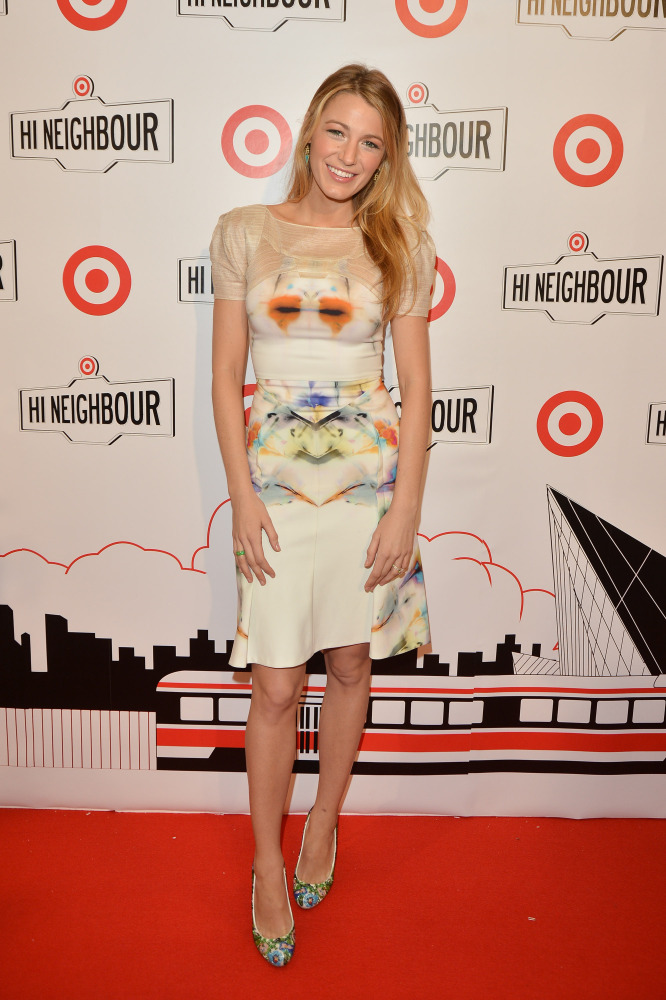 Blake Lively and her The Sisterhood of the Traveling Pants co-stars ALEXIS BLEDEL and America Ferrera ambushed castmate Amber Tamblyn at an airport and took her on a bachelorette jaunt to New Orleans, Louisiana.

The stars have remained close since meeting on the set of the hit 2005 and they couldn't resist a reunion last year (12) just before Tamblyn wed comedian and actor David Cross.

' And it was America and Alexis

The Two and a Half Men star admits she had no idea the get together has been planned when she joined Lively and her partner Ryan Reynolds for a night at their home in Bedford, New York.

She tells Entertainment Weekly, "Blake talked me into coming up to her and Ryan's house. We all had drinks and Blake's like, 'You can't drive home'. The next morning there was a car service... and Blake basically took me to the airport. "She blindfolded me and I felt all of these hands pulling me out of the car.

They had all surprised me and put this whole trip together to New Orleans". And that's not the first time Lively has organised a Sisterhood co-star's bachelorette bash - she also planned Ferrera's and admits it's important to share the good times with her closest film friends. She adds, "These are such key moments in each other's lives.

They (co-stars) met me before I even had a boyfriend.

They were at my wedding.

"They're the most intelligent people you'll ever meet, It's like, 'Wow, how lucky am I to have those women as friends? And how lucky are they, because I make a good cupcake".

But, though Lively has planned her pals' bachelorette parties, they never got the chance to surprise her with one.

She tells the publication, "I didn't get one out of them. I did have a secret wedding. They thought they were going to a birthday party, so its no fault of theirs. But I do think I'm owed a bachelorette party".