I haven't read and won't... I find it to be disrespectful to my mother and me being her daughter won't tolerate it"

Bobbi Kristina Brown has slammed her grandma's tell-all book about her late mother and vowed never to read the tome.

Houston drowned in the bathtub of her Los Angeles hotel suite on the eve of the Grammy Awards last year, and her mother Cissy Houston has penned a book, Remembering Whitney, detailing her side of the story and her memories of the superstar.

But Bobbi Kristina, Houston's only child from her marriage to R&B singer Bobby Brown, has spoken out to publicly distance herself from her grandmother and urge fans not to purchase the book.

In a series of scathing messages on her Twitter page, the reality TV star has announced that she and her rumoured boyfriend Nick Gordon, who was informally adopted by Whitney, don't support the book.

She writes, "Anything concerning my grandmother's book, I and @nickgordon of course personally have nothing to do with... I haven't read (it) and won't... I find it to be disrespectful to my mother and me being her daughter won't tolerate it (sic)". 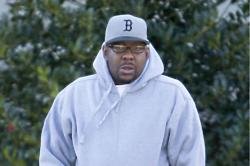 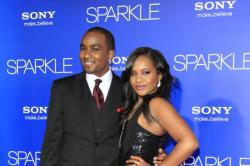