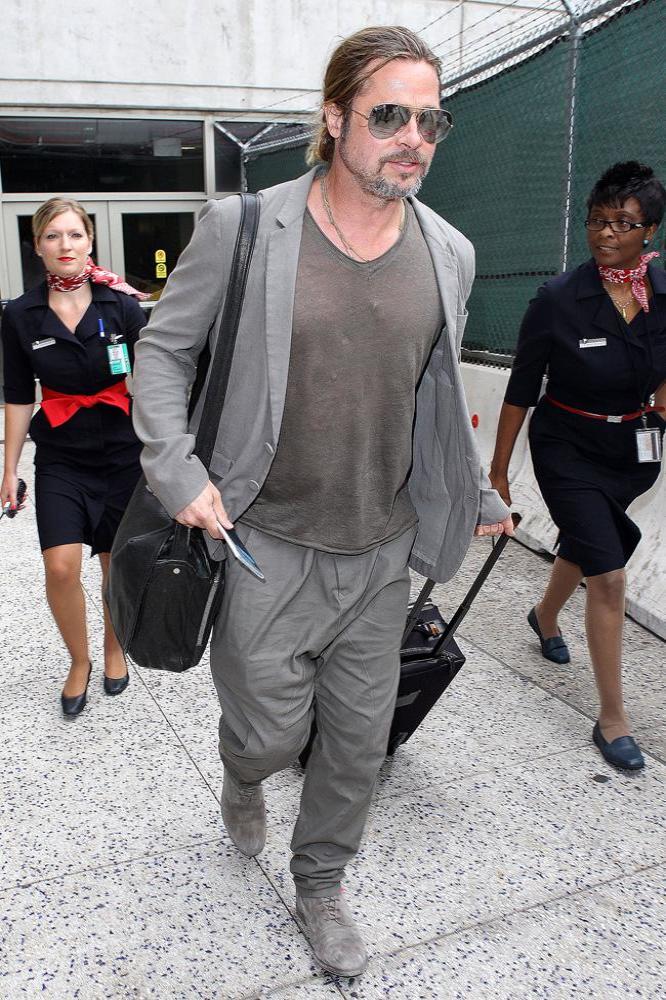 Red carpet prankster Vitalii Sediuk has been hit with four criminal charges following his alleged attack on Brad Pitt at the Los Angeles premiere of Maleficent on Wednesday (28May14).

Pitt, who was supporting his fiancee Angelina Jolie at her film premiere, was signing autographs for fans outside the El Capitan Theater when Sediuk reportedly jumped over a security barrier and rushed at the actor, appearing to strike him in the face.

Prosecutors are also seeking an order barring him from upcoming industry events.

The news comes a day after Pitt obtained a temporary restraining order against Sediuk on Thursday (29May14).

Sediuk has become infamous for causing chaos on the red carpet - he previously made headlines in 2012, when he was slapped by Will Smith after he attempted to kiss the actor, and he was recently arrested at the Cannes Film Festival in France as he tried to crawl under America Ferrera's dress.