Brooke Burke-Charvet Axed As Dancing With the Stars Co-Host

US TV favourite Brooke Burke-Charvet has been dumped as the co-host for celebrity competition show Dancing With the Stars.

A former contestant on the show, the actress and model will not be back for the the upcoming 18th season, which begins next month.

Confirming the news, she says, "I have enjoyed seven seasons co-hosting DWTS but understand the need for change considering the position of the show at this juncture. I've always been one to embrace change and looking forward to pursuing opportunities I previously wasn't able to entertain because of contractual obligations to the show. I've seen my fair share of shocking eliminations in the ballroom but this one takes the cake".

Burke-Charvet isn't the only face who will be missing from the show when it returns - bandleader Harold Wheeler and his 28-piece band have also been fired. TV veteran Tom Bergeron will be back to host the show. It is not known if Burke-Charvet will be replaced. 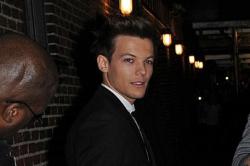