Bruce Willis Takes Die Hard Back to the Top

Bruce Willis is back at the top of the U.S. box office with his latest Die Hard movie.

R-rated comedy Identity Thief comes in second in its second weekend on release, while the movie adaptation of Nicholas Sparks' Safe Haven is third. 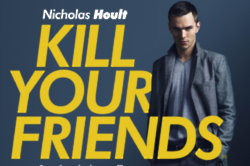