Actress-turned-activist Daryl Hannah has opened up about her lifelong struggle with autism, blaming the condition for her decision to take a step back from Hollywood.

The Splash star, 52, reveals she was diagnosed with the developmental disorder as a child, but kept the health issue under wraps as she broke into the acting industry in the late 1970s and early '80s.

However, the condition, which often causes sufferers to have difficulties in social situations, left Hannah with a "debilitating shyness" and she was terrified of walking the red carpet at her film premieres or promoting her projects on TV talk shows.

It's always freaked me out". Hannah, who has turned her attentions to her eco-activism work in recent years, insists she's still interested in acting but she is "definitely not being offered the greatest roles in the world". However, she adds, "Life is too short to stress the small things anymore".

tagged in Daryl Hannah Too Short 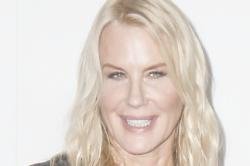 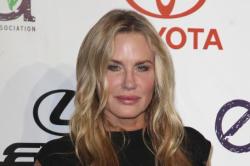