Actor Emile Hirsch is making light of reports suggesting he is set to be a first-time father, but refuses to confirm or deny the rumours.

The baby is reportedly due in February (13)

Sources tell the New York Daily News the Into The Wild star's former girlfriend is over five months pregnant.

The insider tells the publication, "His friends know about it, he is doing the right thing and will be taking care of her and his baby financially. "He will definitely be in her life and wants to be a part of the baby's life.

He's told all his friends about it and it's fine...

They're friends and they're young and they're figuring it out". The baby is reportedly due in February (13). Taking to Twitter.com to address the story, Hirsch jokes, "I have a baby announcement to make.

I am in fact RonanFarrow 's biological father". The tweet pokes fun at another story which blew up on Wednesday (02Oct13) - Mia Farrow told Vanity Fair that ex-husband Frank Sinatra could "possibly" be her son Ronan's dad. She gave birth to Ronan when she was married to Woody Allen. 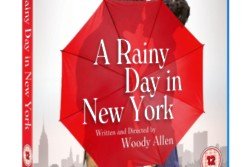