Gary Oldman used a scheduled appearance on Jimmy Kimmel Live! to apologise for his remarks about Mel Gibson's race row, explaining he "should know better".

Oldman hit headlines this week (beg23Jun14) following the publication of an interview with Playboy magazine, in which Oldman spoke about Gibson's infamous anti-Semitic tirade during a 2006 arrest.

Oldman suggested the Braveheart actor was unfairly ostracised due to "political correctness" and he claimed Hollywood is "run by Jews".

He came under fire from officials at America's Anti-Defamation League (ADL), who condemned his comments.

Oldman apologised in a statement to the society on Wednesday (25Jun14) and used a scheduled appearance on the U.S. late night chat show to express his sorrow over the scandal.

Oldman told Kimmel, "I said some things that were poorly considered and once I had seen it in print I could see that it was offensive, insensitive, pernicious, and ill-informed. Words have meaning.

"They carry weight and they carry on long after you've said them and I don't condone or excuse the words I used in any context. I just basically shouldn't have used them in any context, but I did and I have deeply injured and wounded a great many people.

"So, I appreciate you having me here and extending your hospitality to put me in this seat once again and it gives me the opportunity to say to those people that I, from my heart, I am profoundly sorry and deeply apologetic.

"Especially to the fans because they have been so incredible to me and very loyal. My nickname (for them is) 'Team Oldman' and I really feel that I let them down... I'm a public figure. I should be an example and an inspiration, and I'm an a-hole. I'm 56 and should know better".

He later added, "I just think that we're public figures and sometimes we're looked upon, asked to be social or cultural or political commentators and, I can't speak for other people, but I'm not, clearly.

"I stepped out of my area of expertise and I just landed both feet in a hornet's nest... it came over in a certain way and for that, I'm deeply sorry". 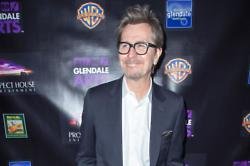 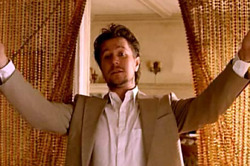 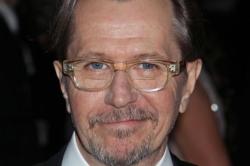