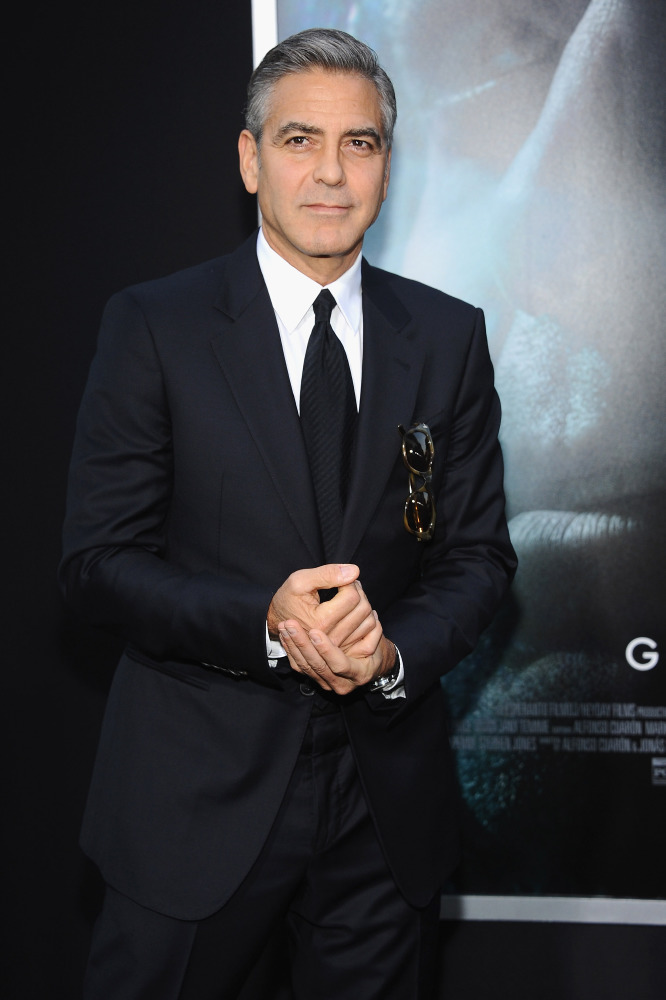 Hollywood star George Clooney was the toast of the British Academy of Film and Television Arts' (Bafta) Britannia Awards in Los Angeles on Saturday (09Nov13) as he picked up one of the evening's top prizes.

I'm normally in my second REM (sleep) cycle by now so let's get this done (honouring) George Clooney, or as my daughter calls him, George Looney

Julia Roberts was on hand to present her former Ocean's Twelve co-star with the Stanley Kubrick Britannia Award for Excellence in Film, and she took the opportunity to crack a few jokes at the expense of her longtime pal.

She told the crowd at the Beverly Hilton Hotel, "I'm normally in my second REM (sleep) cycle by now so let's get this done (honouring) George Clooney, or as my daughter calls him, George Looney... There are two obvious reasons why I was chosen to do this one, Brad Pitt was out of town. Two, Matt Damon, he's in town but he was unavailable".

Roberts added, "I consider George a friend. We have worked together in many capacities. We have acted together a few times. He's been my producer and my director, all of which he is immeasurably gifted at. He's handsome, he's talented, he is an exemplary humanitarian and a gifted prankster".

Accepting his trophy, Clooney gushed about the Pretty Woman star "It has been such a pleasure to watch the woman you have become. It's very hard for me to be just straight nice because she'll get me later. But (she is) just an amazing mother, an amazing wife and a great, great friend. It's really an honour to have her here".

Other big winners at the ceremony included filmmaker Kathryn Bigelow, who received the John Schlesinger Britannia Award for Excellence in Directing, and Sir Ben Kingsley, who took home the Albert R.