Hollywood Directors team up to save film manufacturer

Quentin Tarantino, Christopher Nolan, and J.j. Abrams have rallied together to save the U.S.' last analogue film manufacturer from closure. 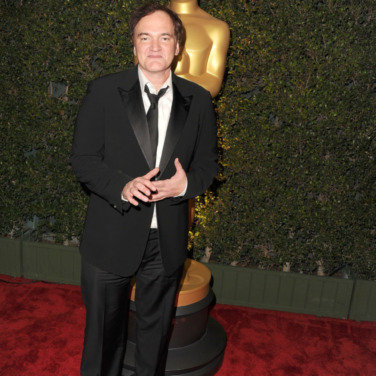 The Kodak factory in Rochester, New York is the last remaining U.S. outlet for movie tape, which has rapidly declined in popularity in recent years due to a majority of directors shifting to digital methods of shooting.

Tarantino, Abrams, Nolan and Judd Apatow have teamed up to urge major Hollywood studios to keep ordering the product so it will not become obsolete.

Studios bosses are expected to make a commitment to film to appease the directors, according to the Wall Street Journal.

Abrams, who is currently shooting Star Wars Episode VII on film, tells the newspaper the format "sets the standard for quality... There's something about film that is undeniably beautiful, undeniably organic and natural and real... Film sets the standard and once it's no longer available, the ability to shoot the benchmark goes away".

Weinstein says, "It's a financial commitment, no doubt about it... But I don't think we could look some of our film-makers in the eyes if we didn't do it".