Jacki Weaver has faced off with her broadcaster ex-husband in a candid TV interview.

The Animal Kingdom star married and divorced reporter Derryn Hinch twice, and they have remained on good terms since their last split in 1998.

Weaver, who is re-married to actor Sean Taylor, has now taped a revealing interview with Hinch for Australia's Seven network, which is due to air Down Under on the day of the Oscars (24Feb13).

In the Sunday Night show chat, the former couple addresses the breakdown of their multiple marriages, with Hinch asking her,"Can you remind me, why did we break up again?" while Weaver replies, "I ran off with another man. And I'm sorry. But he was lovely".

Hinch adds, "Yes, he was nice," and his ex-wife retorts, "It didn't take you long to find another woman... Or find another 12 other women, I might say".

Weaver will compete for the Best Supporting Actress prize for her role in Silver Linings Playbook at the Academy Awards in Los Angeles on Sunday (24Feb13). 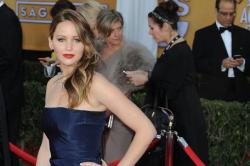 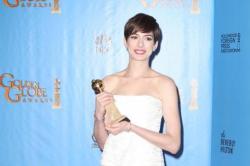 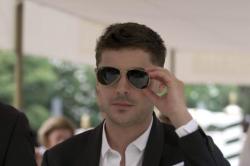