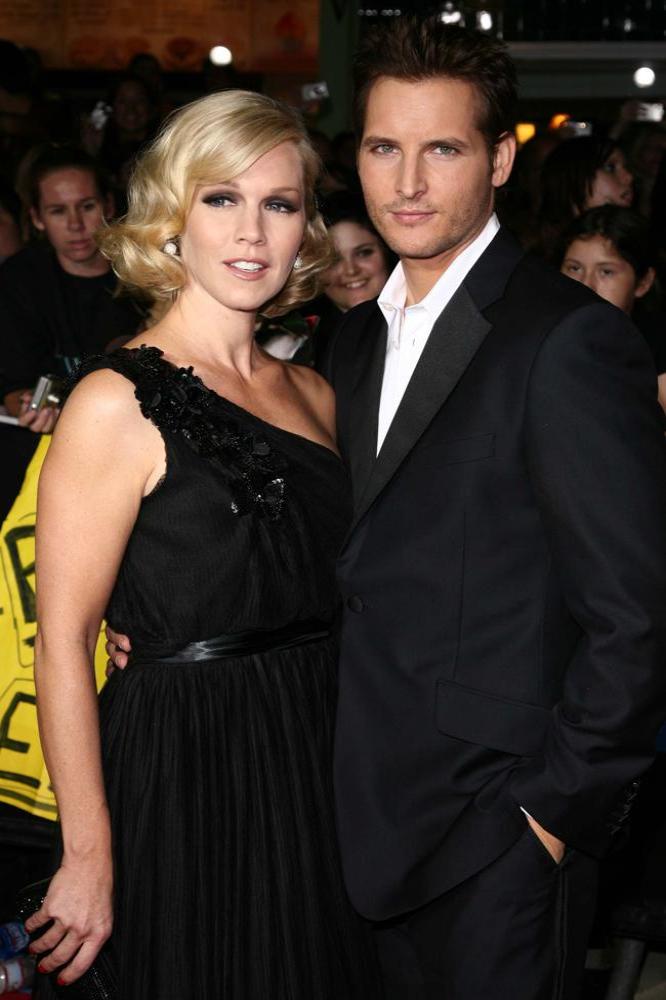 Actress Jennie Garth turned runway model on Wednesday (11Sep13) as she hit the catwalk for a surprise appearance during New York Fashion Week.

The former Beverly Hills, 90210 star stepped into the spotlight to close designer Aerin O'Connell's Intrepid by AOC show at Pier 59 Studios, wearing a short gray and white striped dress with goth-inspired make-up, but she admits the experience was a nerve-wracking one.

After the show, she told UsMagazine.com, "(It felt) totally foreign, not my world. I felt nervous for the designer of this dress, I wanted to do well for her and have success for the line. I just met her today and she's a really nice lady and I want her to do well".

Garth has previously walked the runway in 2008 as part of The Heart Truth Red Dress fashion show, which raises awareness of heart disease in women and brings together a host of female celebrities.

The actress wasn't the only star to make an unexpected appearance as a catwalk model during New York Fashion Week - singer Rita Ora and actress Kerry Washington have also strutted their stuff in the past few days.