Formula One star Jenson Button has pulled out of a TV interview after suffering an adverse reaction when he was stung on the face by a bee.

The 2009 world champion was enjoying a bike ride during a break from training when he was stung on the nose by the flying insect, and within hours he began to feel unwell and his face swelled up.

Button is now recovering from the incident earlier this week (beg09Jun14) but he was forced to axe an appearance on the U.K.'s The Graham Norton Show as a result of his health scare.

In a phone call, he tells Norton, "I was out on my push bike this morning doing a bit of training for my charity triathlon and this bee comes along. It sits on my sunglasses and then it stings me on the bridge of my nose. It was a big shock initially but I was okay. "I got home and I suddenly got a massive headache, felt sick and I look like a balloon.

Can you believe it? I go around (the race track at) 200 miles an hour and I get taken out by a little bee!" 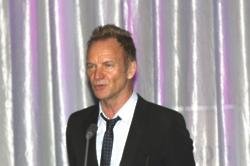 Sting to star in Where the Water Tastes Like Wine game 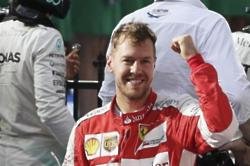 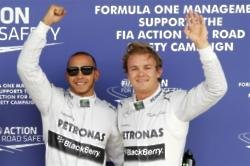 Rosberg And Hamilton 'Not Best Friends'