Katharine McPhee is still pinching herself after getting the chance to hang out with the head coach of the San Francisco 49ers on the eve of the Super Bowl.

Jim Harbaugh's kids love McPhee's hit TV series Smash and when she went to watch his team play the New York Jets last autumn, the actress met them and they exchanged numbers.

The California native flew to New Orleans, Louisiana for the championship game against the Baltimore Ravens over the weekend, and received an invite from Harbaugh's brother-in-law to come hang out with the family.

And the actress admits it was one of the best nights of her life.

She tells U.S. TV host Jimmy Fallon, "We (my husband, Nick Cokas, and I) managed to get tickets for the Super Bowl... (and) I got an email from Jim Harbaugh's brother-in-law, saying, 'The kids would like to see Katharine, can you come to the 49ers hotel?'

"So we ran over there, we were just thinking, like, 'Oh, we'll be able to be in the lobby, see some of the players, maybe we'll see some of the kids,' and we ended up in Jim Harbaugh's family hotel room the night before the Super Bowl.

"He walked in, ordered room service, (and was) standing up eating a hamburger with french fries. He sang for me, he sang this little, like, something you'd hear in a high school cheering game. He's like, 'I wanna test this song out for you, I wanna see if I should sing this for my players tonight.'"

Unfortunately, Harbaugh's pump-up song didn't bring the team too much luck - the Ravens beat the 49ers 34-31. 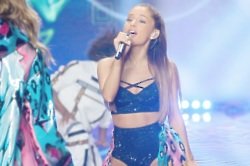 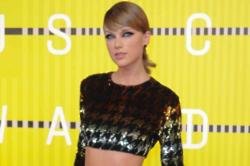