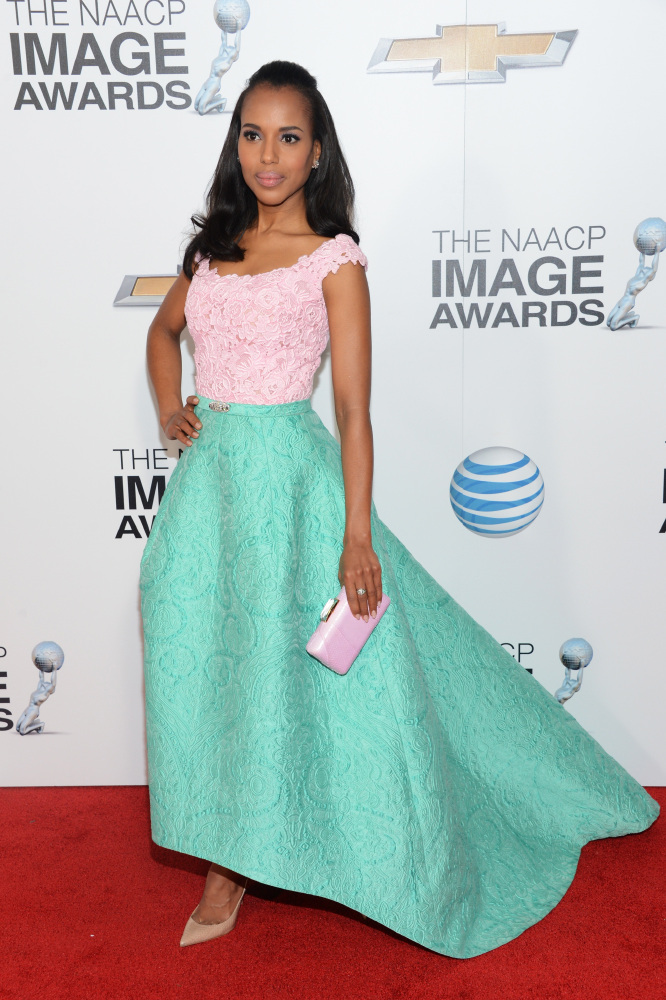 Mother-to-be Kerry Washington celebrated the imminent arrival of her first child with a baby shower on Sunday.

A day after celebrating her win at the NAACP Image Awards on Saturday, the pregnant actress was feted by family and friends in preparation for her new addition with husband Nnamdi Asomugha.

The lavish garden party was held at the home of her Scandal boss Shonda Rhimes in Los Angeles, where around 50 guests, including actress Jane Fonda and Scandal co-star Darby Stanchfield, showered Washington with gifts.