The beloved Pulitzer Prize-winning film buff lost his latest battle with cancer just two days after revealing his diagnosis via his online blog, and his famous fans have flocked to Twitter.com to remember the 70 year old, who expressed his appreciation for great films with his "two thumbs up" line.

Black Swan filmmaker Aronofsky recalls earning Ebert's approval with his 1998 movie Pi, writing, "we lost a thoughtful writer, i remember my first review from him, pi... it was a career highlight".

Quoting his favourite line, Matlin writes, "So sad to read passing of Roger Ebert. He will be forever be watching movies with (late TV review partner) Gene Siskel. Thumbs up to him! Goodbye Roger Ebert, we had fun".

In a statement, Obama writes, "(Wife) Michelle and I are saddened to hear about the passing of Roger Ebert. For a generation of Americans - and especially Chicagoans - Roger was the movies. When he didn't like a film, he was honest; when he did, he was effusive - capturing the unique power of the movies to take us somewhere magical. "Even amidst his own battles with cancer, Roger was as productive as he was resilient - continuing to share his passion and perspective with the world.

The movies won't be the same without Roger, and our thoughts and prayers are with (his wife) Chaz and the rest of the Ebert family". Director Adam Shankman tweets, "So sad to hear about rogerebert.

Maybe you get your own show now with the big guy! We will miss you", while fellow director Wes Craven adds, "Roger Ebert gave my first film, Last House on the Left, its only positive review.

Everyone else reviled it, but he saw merit in it.

He was one of the greats and will be dearly missed". Mia Farrow praised Ebert for the way he handled his illness, writing, "If cancer came to take me piece by piece, I hope I could summon even a fraction of the grace Roger Ebert showed us, in such abundance", while Elijah Wood mourned, "Very sad to hear of Roger Ebert's passing.

hard (to) imagine a world without him". Other fans of his work included actress Anna Kendrick, who tweeted, "Shocked and truly, deeply saddened at the loss of the great Roger Ebert.

His voice will be missed", and funnyman Patton Oswalt admits having to cancel an appearance at last year's (12) Illinois film festival EbertFest is now "one of my biggest regrets". William Shatner, Stephen Fry, Rita Wilson, Steve Carell, Dane Cook, Seth Green, Eliza Dushku and Jenny McCarthy are also among the celebrities who have expressed their sadness at the news via Twitter. 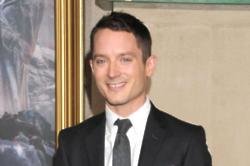