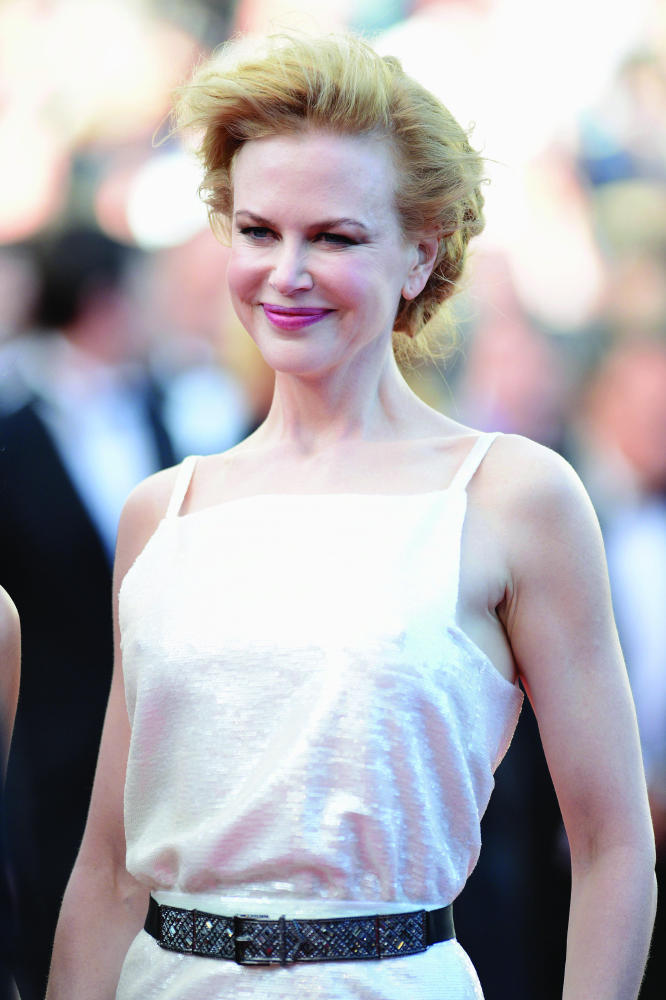 Nicole Kidman's sadness turned to laughter on Tuesday (25Mar14) as she visited one of her favourite chat show hosts just hours after attending tragic pal L'Wren Scott's funeral in Hollywood.

That's the three most magical seconds of my life

It was a day full of emotions for the actress, who was promoting new film The Railway Man just ahead of the movie's Los Angeles premiere.

Kidman arrived at Jimmy Kimmel's Hollywood Boulevard studios wearing all black after joining Scott's boyfriend Mick Jagger and other celebrities at the funeral, held nearby at the Hollywood Forever Cemetery.

But it wasn't long before the comedian had her laughing after showing her a clip of the last time she was on his show, when Kidman straddled the tied-up TV host and thrust her pelvis into his crotch during Matt Damon's takeover of his programme in January, 2013.

She giggled as Kimmel played the footage over and over again, joking, "That's the three most magical seconds of my life".

Kidman left the show and attended the premiere of her new film shortly afterwards.