Olivia Culpois under police investigation in India amid allegations she posed for a fashion photoshoot outside the Taj Mahal without authorisation from country officials.

The beauty queen, who is dating pop star Nick Jonas, was in India with representatives from the Miss Universe Organization last week (ends06Oct13) when she decided to take a trip to the sacred palace, which is listed as a World Heritage Site.

During the visit, Culpo posed for a series of modelling shots, reportedly for a footwear advertisement, and now local authorities have filed a complaint against the Rhode Island native and her entourage for violating the nation's Heritage Act, which bans photos for commercial use at sacred sites.

If charged and convicted of the counts, Culpo faces up to two years behind bars and a $1,600 (?1,070) fine, according to Police Inspector Sushant Gaur.

Culpo has spoken out about the accusations, insisting she was not comfortable with the Taj Mahal photoshoot in the first place and made her feelings known to her bosses at the time.

She tells the Providence Journal, "Honestly, I did at one point say out loud, 'Isn't this a little inappropriate?' It's really upsetting because I loved my visit to India and I would love nothing more than to go back...

Representatives for the Miss Universe Organization have also issued a statement, insisting the photos are not intended for promotional use.

A statement issued on Friday (11Oct13) reads "The filming that took place outside the Taj Mahal was never intended to be used as a commercial, nor was it intended in any way to be disrespectful". 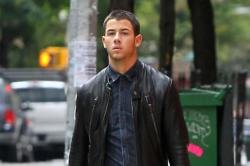 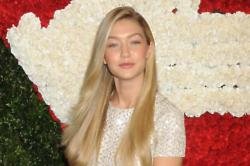