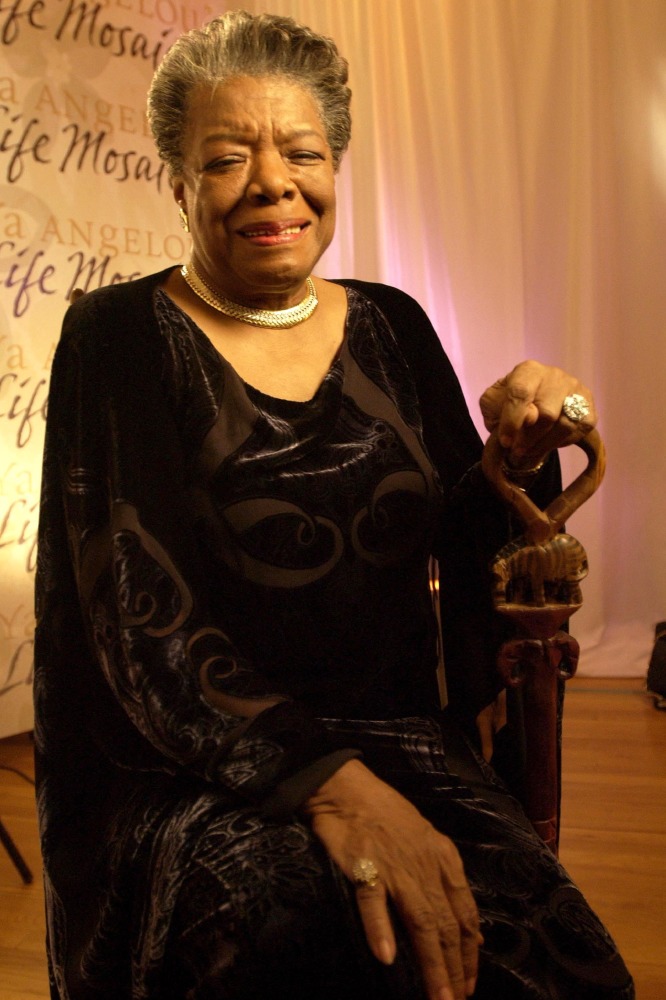 Oprah Winfrey fought back tears as she honoured Maya Angelou as the "greatest woman" she has ever known at the iconic poet's funeral on Saturday (07Jun14).

Angelou's grandson Elliott Jones welcomed mourners to the ceremony to celebrate "an amazing life - a life well-lived", and then started the memorial by reading a passage from the author's poem Still I Rise.

Clinton remembered the writer as having "the greatest voice on the planet", one which Obama admitted could lift her "right out of my own little head", but it was Winfrey's emotional speech which really moved the congregation.

She revealed she had counted Angelou as a close friend and mentor long before she rose to superstardom as a talk show and media mogul, and credited the poet with teaching her to always stay positive and look for the rainbow in the clouds.

Struggling to contain her sadness, Winfrey added, "Maya Angelou is the greatest woman I have ever known. She was my anchor. So it's hard to describe to you what it means when your anchor shifts".

The two-hour memorial service, which was also attended by actordirector Tyler Perry and veteran actress Cicely Tyson, featured performances from gospel singer Bobby Jones and country star Lee Ann Womack, who belted out her hit I Hope You Dance - one of Angelou's favourite songs.