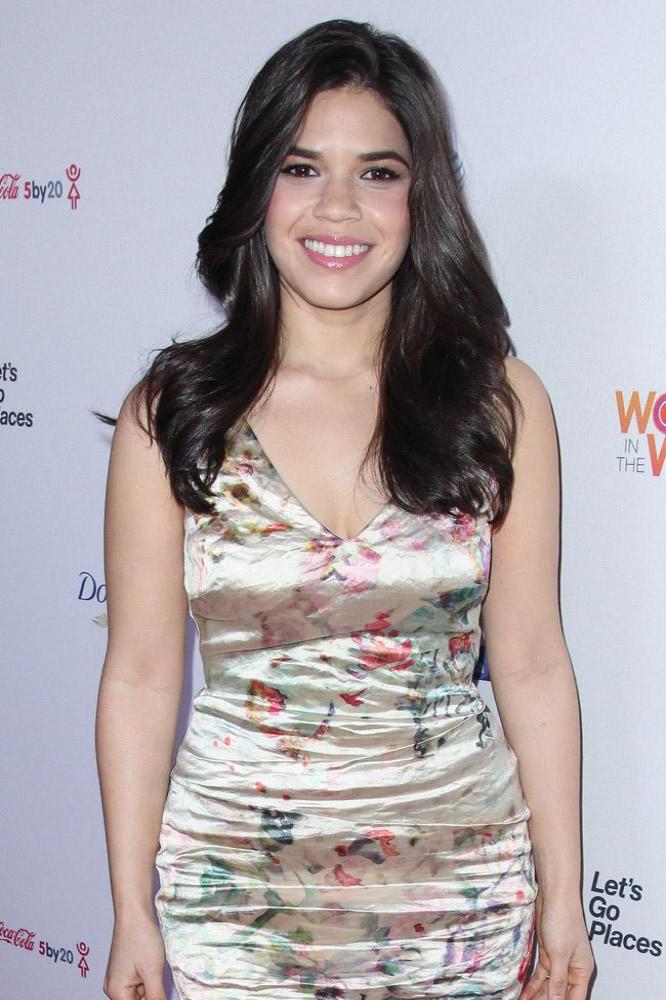 The Ugly Betty star was taken aback when the madcap Ukrainian journalist got too close while she was posing for the cameras with How to Train Your Dragon 2 castmates Djimon Hounsou, Cate Blanchett and Kit Harington.

Sediuk, who was once slapped by Will Smith for trying to plant a kiss on him and stormed the stage at the 2013 Grammys to 'collect' Adele's Best Pop Solo award, dashed onto the red carpet at the Palais des Festivals premiere, lay on the ground and attempted to put his head under Ferrera's white dress.

It is not clear how the big event prankster gained access to the red carpet.