Rihanna Needs to Be Stimulated

Rihanna runs away "from anything that does not stimulate" her and claims she doesn't care about her privacy anymore.

Rihanna runs away "from anything that does not stimulate" her. 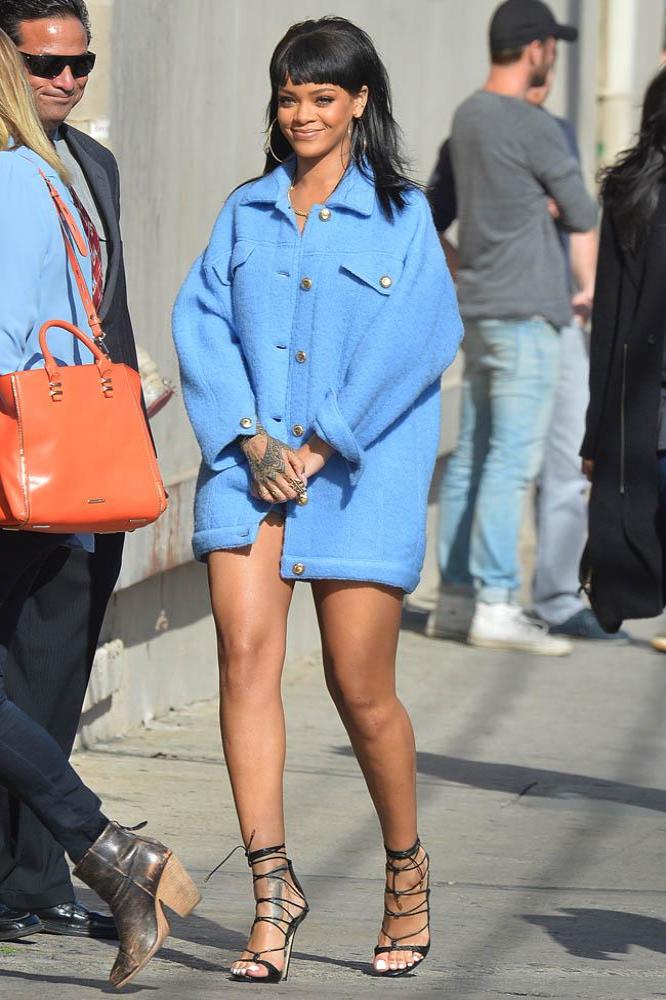 The 'B***h Better Have My Money' hitmaker, who is gearing up to release her eight studio album, claims she doesn't let anything hold her back from expressing herself.

She said: "I run away from anything that does not stimulate me. I often find myself gravitating toward the underground. There is a certain creative freedom there that you can't experience anywhere else."

The 27-year-old singer, who previously dated Chris Brown and Drake, also no longer cares about having a personal life.

When asked how she deals with the spotlight, she told the summer issue of V magazine: "Do I even give a d**k about that anymore?"

While Rihanna is excited to share her new music, which she describes as "soulful and aggressive," she insists she has been working hard on a lot of other things since she released 'Unapologetic' in 2012.

She said: "I didn't actually take time off. The past two years are the hardest I've ever worked. I've been working on two albums, an animated film, shooting for multiple magazines, designing for Puma and Stance, a new line of fragrances, a summer tour, I launched my first annual Diamond Ball at the end of last year, and I've also been developing several projects to be revealed in the near future."