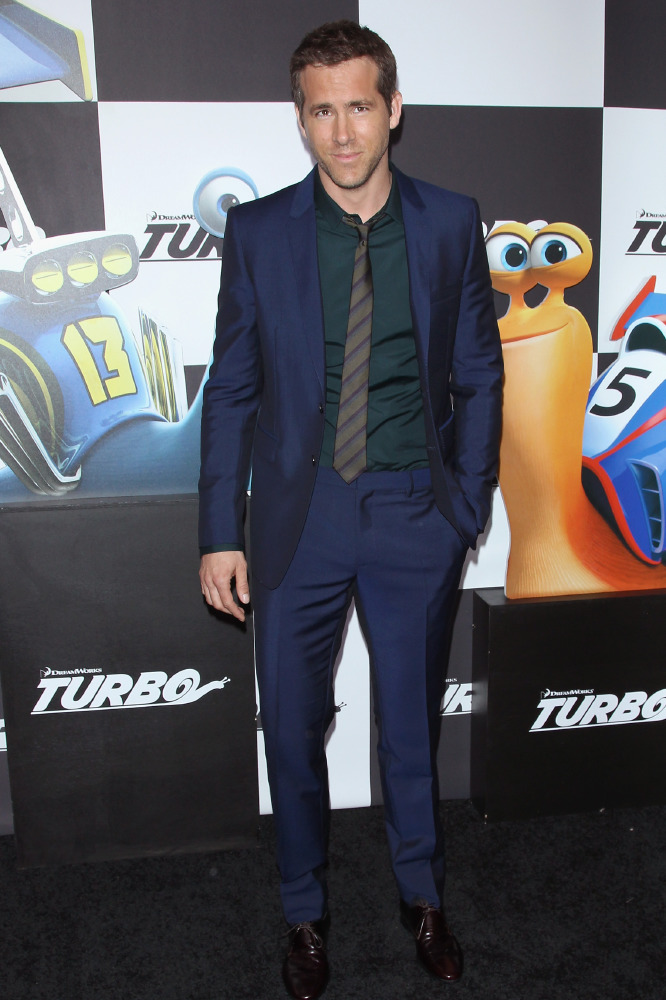 Hollywood couple Ryan Reynolds and Blake Lively celebrated their first wedding anniversary over the weekend (07-08Sep13) by returning to South Carolina, where they wed last year (12), for a mini-vacation.

Thompson adds, Nobody made a fuss over them

The Green Lantern co-stars exchanged vows in Mount Pleasant on 9 September, 2012, and the New York-based couple headed back down south for a little relaxation in nearby Charleston this weekend.

As part of their trip, Reynolds and Lively also visited Savannah, Georgia, where they enjoyed an all-you-can-eat lunch at historic eatery Mrs Wilkes Dining Room on Monday (09Sep13) to mark their first 12 months as man and wife.

Owner Marcia Thompson tells People.com, "They were absolutely darling. I asked them what they were doing in Savannah, and she said it was their anniversary and they had never been able to get in the restaurant before. The line wasn't too terribly long".

However, the couple's lunch date wasn't very intimate - they were seated at a table with six other diners for the family-style meal.

Thompson adds, "Nobody made a fuss over them. I know the other people sitting at the table knew who they were, but they didn't say anything to them about who they were and that was nice. I thanked (the other diners) for that... "I am honored that they came here on their anniversary.

I hope they enjoyed it".