Sandra Bullock Gave Son His Own Hand And Footprint Ceremony 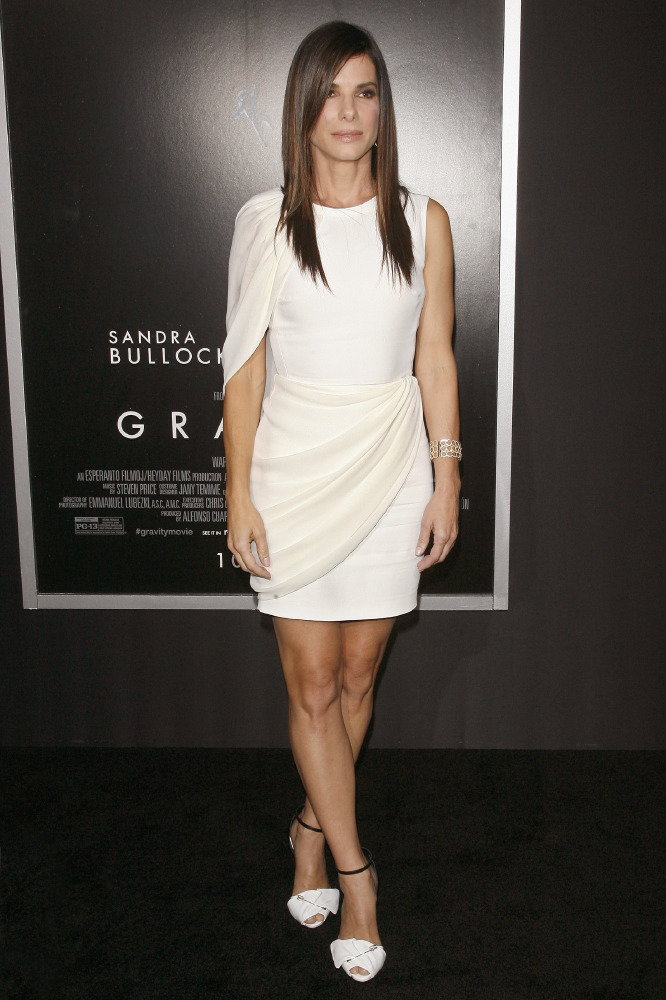 Sandra Bullock treated her young son to his own hand and footprint ceremony last week (25Sep13) after she made her own mark on the cement outside Hollywood's TCL Chinese Theatre.

But you know, it's the timing, it will probably never happen again

The Speed star planted her hands and feet in wet cement outside the landmark as her three-year-old boy Louis looked on, and the actress reveals he was given his own honour as soon as they got home so that he would have something to remember their big moment by.

The ceremony was the first public appearance Bullock had made with her son and she admits the experience was an emotional one.

She says, "It's a lot of overwhelming things (you feel at the ceremony) because you feel like you need to do more to earn something like that (the cement honour) because you just look at the history that's been there and you go, 'I haven't done enough (to deserve this)'. But you know, it's the timing, it will probably never happen again".

Bullock's prints are in good company - her Gravity co-star George Clooney, Johnny Depp, Cher, Richard Gere, Susan Surandon and Tom Hanks have all made their marks on the famous sidewalk.