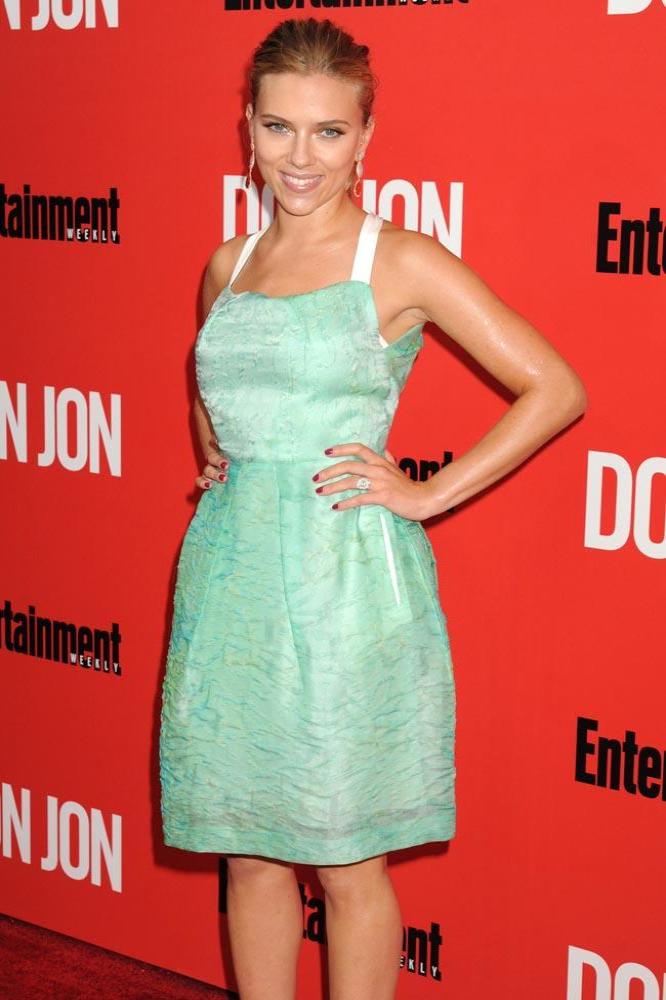 Scarlett Johansson's legs are on display in the provocative poster for her new movie Under the Skin.

The first ad for director Jonathan Glazer's new film, which was released on Thursday (13Mar14), features the actress completely naked from the thighs down, standing next to crumpled and discarded underwear.

In the adaptation of Dutch author Michel Faber's novel, The Avengers star plays an alien who uses the promise of sex to pick up hitchhikers in Scotland and then turns them into a delicacy for her human flesh-craving race.

Under The Skin opens in America on limited release next month (04Apr14) and Johansson admits the nudity in the film is explicit.

She recently told WENN, "I'm not a provocative person and it's not like I live for being photographed in the buff! "It actually made me aware when I was doing it of all the kind of judgements and how self-conscious you can be about the way you look and your own vanity.

I had to be liberated of that and it was challenging because I realised I really am self-conscious about this".