Tilda Swinton Honoured on Her Birthday 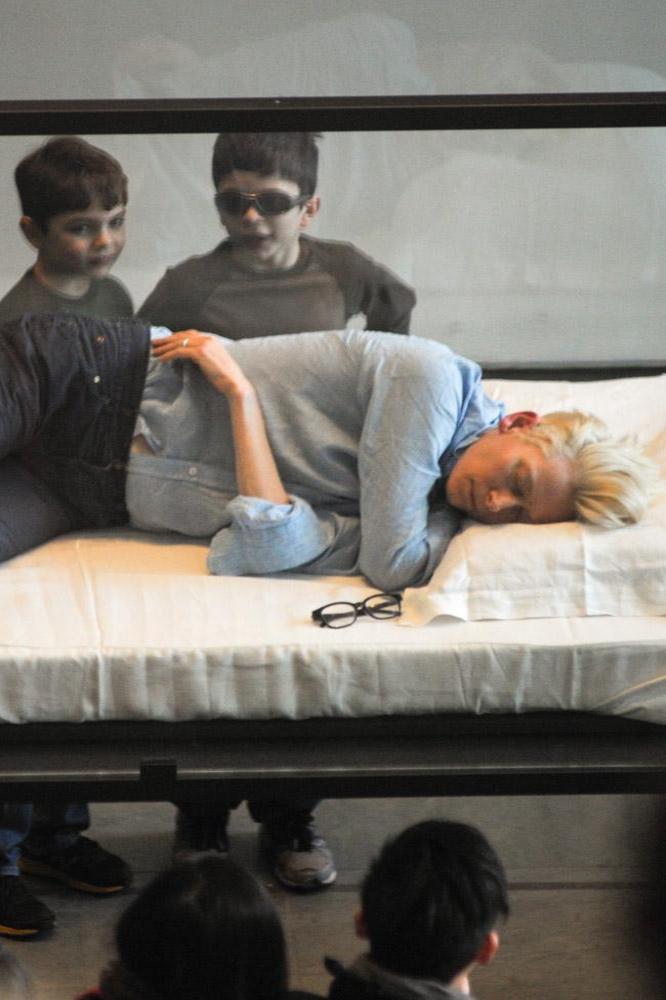 I think a lot of actresses today, they may be talented, but they tend to accept - or maybe it's what they're offered - similar roles

Oscar-winning actress Tilda Swinton had a 53rd birthday to remember on Tuesday (05Nov13) when she was honoured by stars like David Bowie and Ralph Fiennes at a New York gala.

The Michael Clayton star was feted at the Museum of Modern Art as part of a celebration of her career.

Thrilled Swinton told The Hollywood Reporter, "MoMA is giving me a birthday party, and they've invited some of my great friends, so I'm very happy and very grateful. "My last birthday party was when I was nine and we had a trampoline, but who knew that 53 would top even that!" Sofia Coppola, designer Zac Posen and fashion mogul Anna Wintour were also among those saluting Swinton. Wintour praised the actress for her successes in both the movie and fashion worlds, stating, "Her range is extraordinary - it's quite unusual in an actress of her relatively young years to have done so many different things so brilliantly.

"She is prepared to go out of what might be traditionally thought of as her comfort zone. I think a lot of actresses today, they may be talented, but they tend to accept - or maybe it's what they're offered - similar roles. She just always surprises me with her choices. The same goes for her fashion".

Swinton's birthday gala was topped off by a performance from Lorde.