Kaka talks about the adidas and Parley Community Led Pitches

To accompany their work with Parley, adidas teamed up with the Raiz da Bola Association in Rio

In celebration of the Tango League that recently took place in Rio de Janeiro, adidas created two new football pitches that will give back to the local community. adidas and Parley for the Oceans built a sustainable, floating panna pitch creating an iconic Rio location that the matches were held on. adidas also teamed up with the Raiz da Bola Association to revitalise a local football pitch in The Tabajaras Favela, which has been given back to the community for future generations to use. adidas and Parley for the Oceans built a sustainable, floating panna pitch

Tango League is an international football festival, travelling the globe bringing together daring players in each city for a unique tournament, culminating in a final of the world’s most creative players going head-to-head in iconic locations. The most recent Tango League has seen adidas give back to the community they’ve been working with, through two new pitches, to ensure the tournament delivers more than just entertainment.

adidas, in partnership with Parley, created a recycled floating pitch at Rodrigo de Freitas Lagoon to raise awareness of the marine plastic crisis. The floating panna pitch was used to host a series of 2 on 2 matches for the recent Tango League held in Rio. During the event Parley Operation Director, Mike Long, spoke about Parley's operation and action against plastic waste.

The 10m x 11m pitch was kept afloat by more than 200 upcycled plastic barrels and plastic residues collected from Rio de Janeiro’s oceanic region by local Parley partner, ONG Guardiões do Mar. Following the event, these materials have now been broken up and recycled again.

To accompany their work with Parley, adidas teamed up with the Raiz da Bola Association in Rio, an initiative that assists over 150 kids in the local area through sports and school monitoring, to rejuvenate a local football pitch in The Rabajaras Favela. The football pitch was revitalised and redesigned by adidas, inspired by the national flags of the countries participating.

Now the pitch has been fully restored, adidas has handed the pitch back to the Raiz da Bola association along with a donation of balls, kit and equipment. It will continue to serve the local area as a football pitch and somewhere the community can gather around. 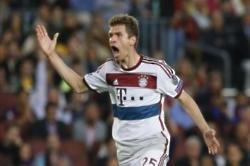 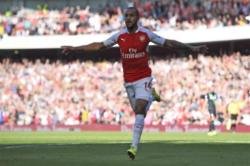