With the release of Microsoft’s Kinect hardware, the popularity for the Nintendo Wii has started to wane, as gamers can now play their games without any controller at all, this is a whole new phase of motion controls.

The Kinect plugs into the Xbox 360 console and the camera can scan the players body within in 3D space and then use the gamers movements to control the game. This has lent itself very well to exercise games, and developers are moving away from the Wii and there are a number of high profile exercise games available, but which ones deserve your interest? 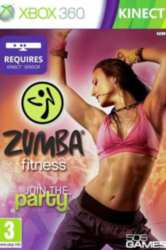 Based off of the current dancing workout craze, Zumba, this game aims to bring the workout to people at home. The game gives the player a choice of different workouts, where they must follow the directions of the trainer on the screen.

The motion detection can be hit and miss, but the game does come with a great selection of music to dance to, and the choice to workout with groups of people over online multiplayer.

EA Sports Active 2 is the follow up original Fitness game which appeared on the Wii making use of the balance board. This time the game is for Kinect, and it also comes bundled with a heart rate monitor for use with the game, setting itself as the most serious game when it comes to fitness.

A wealth of options means it is advisable to use a controller when not in one of the many workouts, but this is a small criticism considering how much there is on the disc. You can even create custom play lists to listen to whilst exercising, a feature more games should make use of.

Your Shape: Fitness Evolved is Microsoft’s version of the Kinect fitness game and it comes in as one of the better ones including a number of different work outs, including Zen workouts for cooling down after the sweat inducing workouts.

Though this game contains come great workouts, there are less features in this game than the others. There aren’t any options to create a customised workouts and there is no calendar to follow and plan your workout too.  There is also a few issues with the camera not picking up certain movements, but this is more of a hardware problem.

This game is based on the hit television show of the same name and offers the best motion detection, and also scans the players body so you can play as a representation of yourself in the game.

The game is full of different workouts, which are customizable, and the hit detection is also excellent when compared to the other fitness games.

The menus are slightly awkward, making it difficult for the player to choose certain items, but this isn’t a complete hindrance. Fans of the show will like this especially as it follows the shows formula, even letting the player make a video at the beginning of the game, to lay out their own plans and weight loss goals. 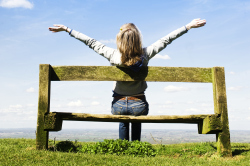 Stay happy this winter with these useful tips 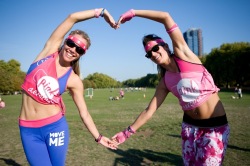 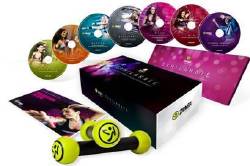 Exercise of the Week: Zumba Exhilarate