Microsoft filed a trademark for the catchphrase "Power Your Dreams", which looks set to be the slogan for their upcoming next-gen consoles.

The new next-gen Xbox's slogan looks set to be "Power Your Dreams", according to a newly filed trademark by Microsoft.

Although it didn't not directly mention the Xbox Series X - or simply Xbox - console in the registration of the trademarking of the catchphrase on the USPTO at the end of 2019, when it was unveiled at The Game Awards, the phrase was used.

It was recently revealed that the Xbox Series X is actually just named 'Xbox', and the former is simply a name to make way for further consoles down the line.

"Similar to what fans have seen with previous generations, the name 'Xbox Series X' allows room for additional consoles in the future."

Meanwhile, Microsoft boss Phil Spencer recently teased that Xbox's appearance at E3 2020 will be "really important" regarding the upcoming console.

Gamers can expect more news relating to the next-gen device and its games at the annual conference, which takes place between June 9 and June 11, 2020.

"I just feel like we're in a good spot right now.

"I feel strong[ly] about where the platform is as we roll into 2020 and the portfolio of games that are coming look so amazing. I'm really, really excited about E3 2020.

"That'll be a big beat for us and we expect that to be really important."

It comes with a brand new Xbox Wireless Controller, which has an updated design and a Share button. 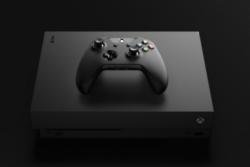 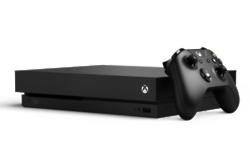